The new WatchOS 6 was launched by Apple earlier this year in the WWDC event and has launched several new features along with it making one of the best smartwatch even better.

One of the new features of Apple Watch are the new watch face with more complications that give you instant access to apps and other features of the watch on your main watch face. Now after every hour you can customise the watch to chime a tone telling you that the new hour has started. 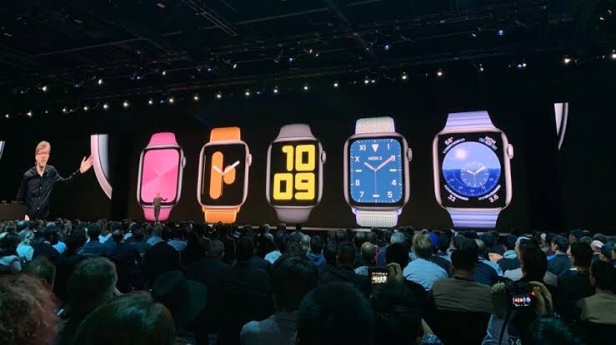 Siri is better( but how much?), well now your watch can tell which song is being played in the background if asked to Siri and that’s the better Siri for you guys. Along with the minor update of Siri we get a whole new App Store just for Apple Watch in the Watch itself, so yes now we can finally search and download apps directly from the watch itself. We even get the new Audiobooks app and listen to the books from the watch with just one tap. Apple also has released the native calculator and voice memos app and has redesigned the Reminders app. Now you can use Animoji stickers to send messages from your watch.

Whenever one talks about Apple Watch he/she cannot leave activities or health aside, so now you written trends and graphical representation of your activities which motivates you to exercise more and you get a clear idea of how much workout you actually have been doing. A new and one of the most requested feature by and for female users has been released that is the Cycle track where the female users can track, log and discuss with doctors about their menstrual cycle. An all new feature is the hearing health where you gat an extra pair of ears on your watch and the watch tells you if the surrounding noise poses a risk on your ears and also an all new updated Health app is coming later this year.

The WatchOS 6 is available in beta mode but the final version will release during the fall.